The appeal for cassation issued by the Minister of Justice and Public Prosecutor General regarding the case of a printer who had refused to print a roll-up banner for an LGBT organization on the grounds of homophobia was dismissed. 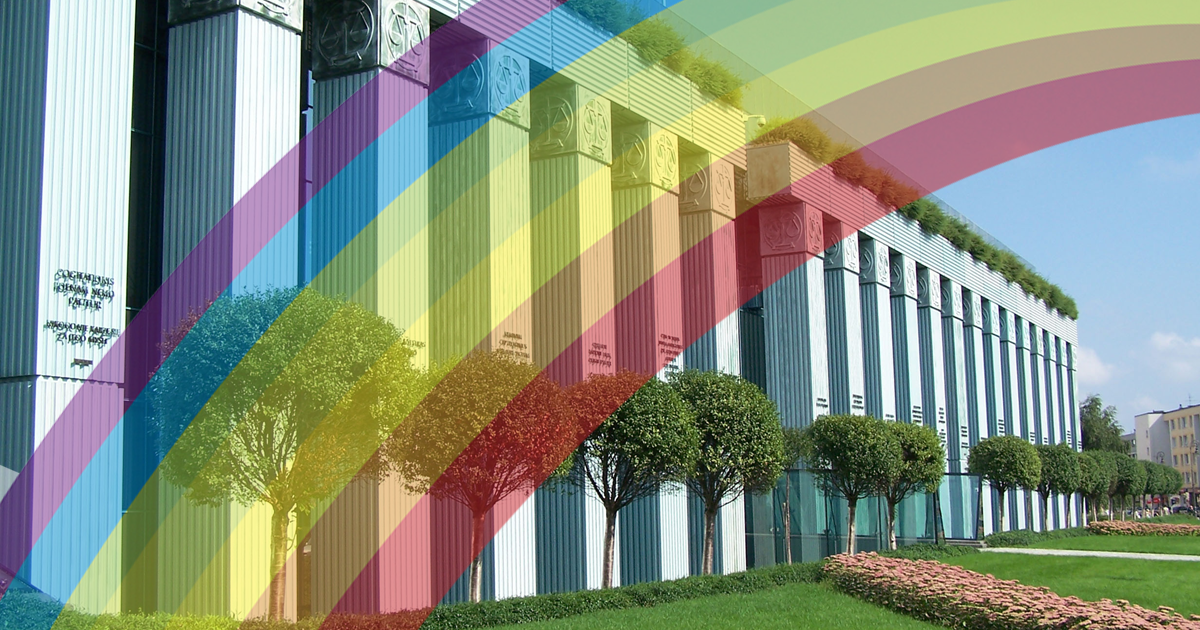 The prior decision of the Court which had found the printer guilty remains valid and the Supreme Court confirmed that no one should be discriminated against on the grounds of sexual orientation when accessing services.

– The verdict made today in the Supreme Court is a confirmation that the freedom of economic activity – like any other freedom – is not unlimited and does not allow discrimination based on sexual orientation. As a person dealing with diversity management and promoting openness attitudes among entrepreneurs, I am happy with this solution – said Jej Perfekcyjność, auxiliary prosecutor and former LGBT Business Forum chair and Pro Diversity chair.

The Supreme Court’s decision confirmed that according to the article 38 of the Code of Petty Offences, a refusal of the access to services made to a non-heterosexual persons is prohibited. During the legal proceedings 4 sentences were ruled by courts of various degrees of jurisdiction. Each and every time the printer was found guilty.

This a clear signal from the administration of justice that LGBT persons living in Poland deserve equal treatment and protection of their dignity no matter who they are and who they fall in love with – says Paweł Knut from KPH who supported the auxiliary prosecutor. – This sentence is yet another milestone towards obtaining full protection against discrimination for Polish LGBT citizens.

“I refuse to print a roll-up banner with the graphics I received. We are not contributing to the promotion of LGBT movement by our work.” This was the content of the email received by the NGO “LGBT Business Forum”, which ordered a roll-up banner with the organization’s logo and its Facebook page address. The organization had notified the Ombudsman about the incident, who has passed it to the Police. In February 2016, the Police forwarded the case to the District Court. The Court found the employee guilty and punished him with a fine of 200 PLN.

At that time, the Minister of Justice and Public Prosecutor General Zbigniew Ziobro, got involved in the case by issuing a statement criticizing the verdict. On his request, the District Prosecutor’s Office in Lodz joined the proceedings. Finally, the case was referred to the District Court in Lodz, which confirmed the previous ruling. However, Minister Ziobro was not satisfied with the verdict and appealed to the Supreme Court, asking for the judgment to be quashed and the employee of the printing house acquitted. On June 14, the Supreme Court dismissed the case of the Prosecutor General, confirming that no one could be discriminated against on the grounds of sexual orientation in access to services.

– I believe and hope that, although the current Polish authorities are not willing to notice the existence and rights of LGBT persons, thanks to the relevant existing legislation we can count on at least a minimum of security in Poland. I also hope that the established line of ruling in similar cases will ultimately be a factor that will make non-heteronormative people live in a time when they are entitled to full protection – just like the rest of society – added Jej Perfekcyjność

Undoubtedly, lawyer representing LGBT Business Forum, Paweł Knut, is satisfied with the verdict, which he comments: – I believe and I hope that although the current Polish authorities are not willing to notice the existence of rights of LGBT people, we can count on minimum safety in Poland.