A new brief issued by the Movement Advancement Project (MAP) and the National LGBTQ Workers Center showcases the importance of LGBTQ people in the workforce. And also in every day life.

Currently only 20 states and D.C. have laws that explicitly prohibit discrimination based on sexual orientation and gender identity. The Equal Employment Opportunity Commission (EEOC) and a growing number of federal courts have extended protections to include sexual orientation and gender identity – specifically through Title VII’s prohibition on discrimination based on sex.

Despite this patchwork of protections, LGBTQ workers still report high rates of discrimination when looking for work and on the job.

In the U.S., it’s estimated that 4.5% of the population identifies as lesbian, gay, bisexual, or transgender. This totals to approximately 11 million LGBTQ people. Of that number, roughly 88% are employed. 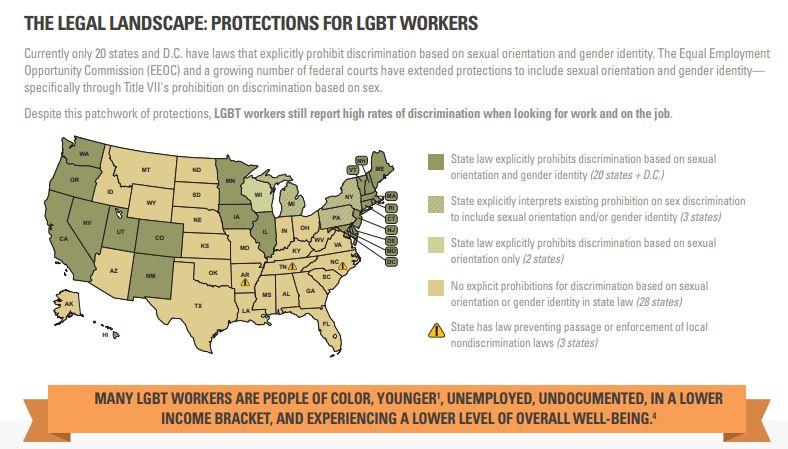 LGBTQ people are racially diverse with one-third of the LGBTQ community made up of people of colour. Further, Black, Hispanic and Asian people are more likely than Caucasian people to identify as LGBTQ.

There are approximately 1 million LGBTQ immigrants in the U.S. with 30% being undocumented.