A recent study reveals that complaints of anti-LGBTQ workplace discrimination are on the rise, but most victims never see justice.

InsuranceQuotes dug into data from the U.S. Equal Employment Opportunity Commission on complaints of workplace discrimination based on gender identity and sexual orientation since 2013, the year the EEOC began tracking such figures.

Not surprisingly, Southern states saw a heavy concentration of complaints: Georgia and Mississippi neared the top of the list with roughly four charges per 100,000 residents. But despite Washington, D.C.’s reputation as a gay mecca, the nation’s capital had the most complaints in the entire country. 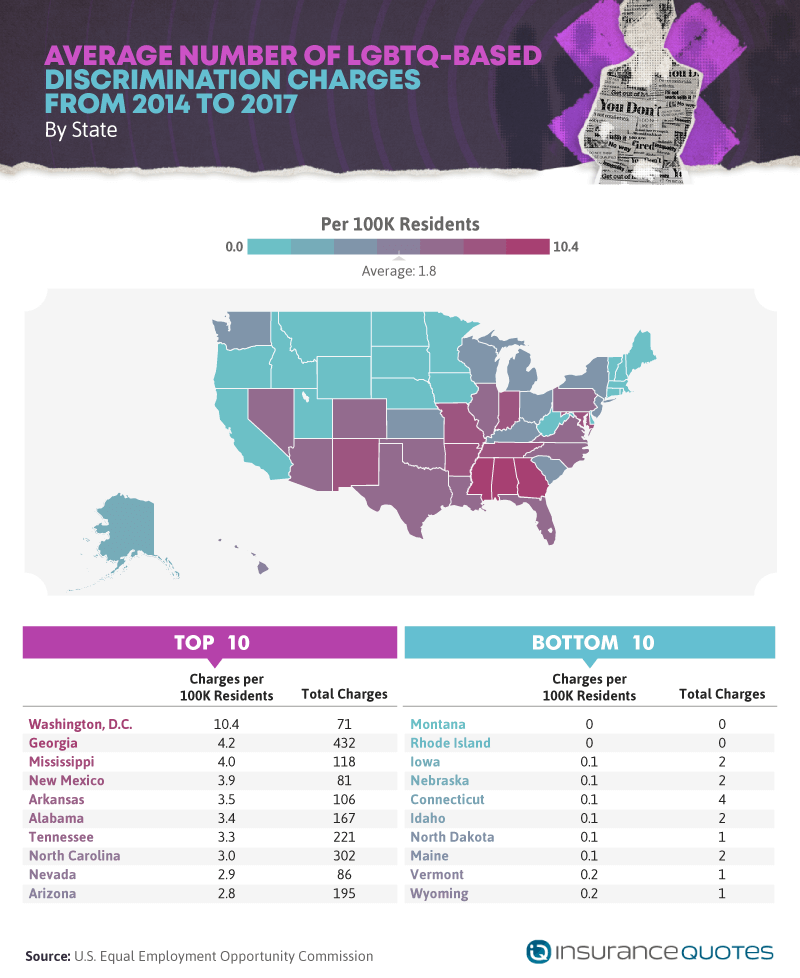 Over all, charges of anti-LGBTQ workplace discrimination have increased, from 1,100 in 2014 to 1,412 in 2015 and 1,768 in 2016. They leveled off slightly in 2017, to 1,762, but researchers theorize that uncertainty about their rights under the Trump administration is making some victims hesitant to file charges.